Celebration. Go ahead and pop open that bottle of champagne or have a celebratory dinner out. You’ve found a publisher who wants to buy, produce, and distribute your book. That’s a significant accomplishment!

Negotiations. The publisher may ask for some tweaks to the outline you submitted. And this is when you’ll work out a schedule. Prescriptive nonfiction (the kind I write) gets submitted in batches. Here’s a typical way to divide up a manuscript for submission:

Each milestone in the schedule is associated with the release of a percentage of your advance. For the sample schedule above, I get 25% of my advance money as I clear each milestone.

There are other schedule/payment models, of course. Some nonfiction publishers pay a percentage on signing the contract (that’s always nice!) and break up the milestones differently: perhaps at 50%, 100%, and author review. Another publisher I work with pays 30% when half the manuscript is submitted, 30% when the complete manuscript is in, and 40% after author review. However they break it down, you’ll probably find that the publisher has a particular schedule for paying out advances that you’ll have to work with. Where you get some flexibility is in determining the due dates.

Whatever schedule you work out, it takes publishers about a month to cut a check after you’ve met a milestone. If you have an agent, that check goes to your agent, who deducts 15% and sends you the rest.

Contract review. When you’ve agreed on terms (advance and schedule), the publisher sends a contract.  The contract includes the schedule you’ve agreed on, along with associated advance payments. It specifies what rights you’re selling and spells out your royalty rate and how many free author’s copies you’ll receive. It specifies what happens if you fail to make your deadlines or if you deliver a manuscript that the publisher deems unacceptable. If you have an agent, there’s an agency clause that authorizes the agent to act on your behalf.

Ask your agent to look over the contract carefully and explain it to you.  If you don’t have an agent, consider having a lawyer who’s experienced with publishing look it over for you.

If you plan to write more than one book with this publisher, look out for joint accounting, which lets the publisher apply royalties you earn from one book toward earning out the advance of any other books you’ve written for that publisher. (You don’t want this.)

Author guidelines. Your new editor will send you a document that spells out the publisher’s preferences for the book. The guidelines typically include formatting (such as how to format lists or how many levels of headings and subheadings you can use), elements (whether you’re expected to include sidebars, notes, tips, warnings, and so on), figures, and style (such as avoiding jargon and passive voice), and general writing tips.

Some publishers put their author guidelines on their websites. If you want to take a peek at O’Reilly’s guidelines for writing a Missing Manual, for example, you can download them from this page.

Writing. After all that, you can plunge into the writing. Your editor may respond to the first couple of chapters with a developmental edit, asking you to tweak the organization, explain concepts more clearly, add more humor (or take it out), and so on. Or you may hear nothing besides “Thanks for the new batch of chapters” until it’s time for author review.

Galley review. And after your manuscript has been written, edited, and revised, you’re still not quite done. Once the book has been laid out, you’ll have one or two rounds of galley reviews to do. These days, you’ll usually get a huge PDF file that shows the laid-out book. Your job is to read through and check for errors.  (There should be an editor or proofreader doing this, as well, but it’s your book and you want to make sure it’s as error-free as possible.) At this stage, problems often crop up with figures, awkward page or line breaks, and typos that went unnoticed earlier.

Nonfiction publishing tends to move much faster than fiction publishing. For example, I signed a contract in March for a nonfiction book that hit the stores at the end of July. In contrast, I signed a two-book contract for my Deadtown urban fantasy series in November 2008—the first novel came out in December 2009 and the second will be out in December of this year. If you’re interested in seeing how a novel goes from manuscript to book, check out  this post about what happened during the year after I received an offer for Deadtown.

I’ll be at AmadilloCon in Austin, Texas from 8/27 through 8/29. I’m really excited to attend—it’s got amazing guests and a great program. Plus I get to hang out with my daughter, who lives in Austin.

On Friday, I’m participating in the day-long Writers Workshop. On Saturday and Sunday, I’ve got this schedule:

Looks like fun! If you’ll be there, find me and say hello.

Here’s a brief scene I cut from the final, streamlined version of Hellforged. In it, Vicky tries to get through one of the checkpoints that separate Deadtown from the New Combat Zone:

“Hi, Ms. Vaughn. Didn’t you come through here a little while ago?” It must’ve been the same half-nosed zombie I’d encountered on my way home, although it was hard to tell. Now that it was daylight, the guard was all bundled up: sunglasses, ski mask, hat, scarf, jacket, not a single inch of zombie flesh exposed. Zombies didn’t feel the cold—now, coatless and jogging in place, I envied that—but all those clothes kept sunlight off the skin.

“Yeah, but I left my watch at Creature Comforts. So I’m just going to run over there and get it. I won’t be two minutes.”

The gate didn’t rise. Okay, I’d go around the end of it. I started forward, but a gloved hand grabbed my arm and yanked me back. I could feel five finger-shaped bruises form.

Damn. I knew I should’ve run upstairs for my jacket. I could picture it now, draped over the arm of the sofa.

He shrugged. “Rules are rules. I can’t let you through unless I see your ID. The gate won’t go up unless I swipe it.”

“I can walk around the gate.”

His grip tightened. “Not if I don’t let you.”

“Come on,” I said through chattering teeth. “Nobody will ever know. I’ll run straight to Creature Comforts and then run right back.”

“They’ll know.” He jutted his chin at a video camera pointed at the booth. “They always know. They watch everything.”

I shivered, the cold slicing through my clothes. Instead of standing here arguing, I could’ve sprinted home and been back by now with my ID. But encountering an officious jerk made me stubborn. Besides, the bad feeling I’d had since I woke up kept growing. Once I had my watch back, I’d know Difethwr’s appearance had been a dream.

My fingers were turning blue. I stuck my hands in the pockets of my jeans in hopes of staving off frostbite. My fingers touched plastic. I pulled out my ID card.

“That wasn’t so hard, was it? Why didn’t you just give me your ID in the first place?” He paused mid-swipe. “Hey. Are you some kind of government worker checking up on me?”

“No. Honest. All I want is to get my watch, go home, and crawl back into my nice, warm bed.” He didn’t know how true that was.

He gave me a long, appraising once-over. At least I think that’s what he was doing the way he pointed his bundled-up face in my direction. Then he swiped the card with a swift, smooth motion.

I snatched my card, crammed it back into my pocket, and raced under the rising gate. 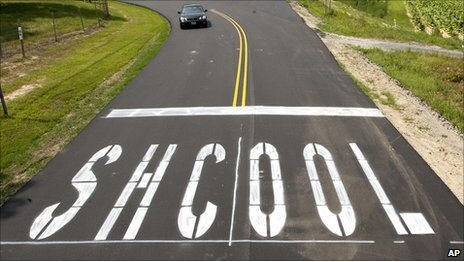 Some images just don’t need a whole lot of commentary. 😀

One of the fall books I’m anticipating most is Grave Witch by Kalayna Price. (Gorgeous cover, isn’t it??) I met Kalayna at RavenCon in April and enjoyed talking with her. I also enjoyed her awesome Kita Nekai novels from Bell Bridge Books: Once Bitten and Twice Dead.

Grave Witch comes out October 5 from Roc, and to celebrate Kalayna is giving away three copies of an Ace/Roc sampler that includes the first chapter of Grave Witch and six other novels you’ll want to check out, including works by Simon R. Green, Joan Frances Turner, K. A. Stewart, James Knapp, Kasey Mackenzie, and Dianne Sylvan. What a great way to choose some books to add to your TBR pile!