A Dream Within A Dream

A Bibliophile’s Thoughts on Books

Pearls Cast Before A McPig

Between Dreams and Reality (Guest Blog)

A Dream Within A Dream

What the Cat Read (Interview)

Curling up by the Fire (Guest blog)

October 4: Ramblings From A Chaotic Mind

October 6: Reading Between the Wines

October 9: A Great Book is the Cheapest Vacation

October 13: Among the Muses

October 22: Curling Up By The Fire

October 27: The Bookish Brunette Trick or Treat for Books event with giveaway! 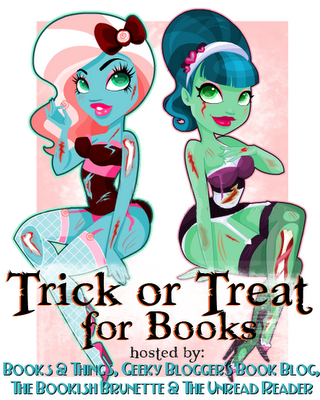 Past Interviews and Appearances

Interview at Ginger Nuts of Horror, in which we discuss upstate vs. downstate New York, cabbages, and the letter U

Tina spells out four things the norms just don’t get about zombies at Falcata Times.

Take a quiz to find out which personal demons may be bedviling you at Bitten by Books.

Take a tour of Deadtown by night at Sara’s Urban Fantasy Blog.

“Understanding the Undead: A Fact Sheet,” issued by the Boston mayor’s office, at All Things Urban Fantasy.

I wrote a guest post on how urban fantasy has changed (and where it might be heading) at Thrills, Chills, and Romance, the blog of author J.R. Turner.

Take the “Which Deadtown Character Are You?” quiz on Ilona Andrews’s blog.

I contributed a segment to “Dark Winter Tale,” a round-robin story by 15 authors sponsored by Dark Faerie Tales and Tynga’s Reviews. You can read my segment here, but the best way to experience this fun store is to go here and use the master list to start at the beginning.

Podcast interview at Off the Shelf.

As part of Janice Hardy’s The Other Side of the Story series, I write about starting a scene by writing its dialog first.

Tina shared “Waking Up Dead” (part of her memoirs) at Paperback Dolls.

To celebrate the release of Grave Witch by Kalayna Price, I wrote a guest post on telling details in fantasy.

As part of zombie month at vvb32reads, two interviews:

Got Zombies? at Vision Quest Fail.

Together with a bunch of other urban fantasy authors, I was part of a joint interview to celebrate Vampire Week at FlamesRising.com.

I did a guest post on 25 years of vampires to celebrate the Not-Really-Southern Vamp Chick’s 25th birthday bash.

Come and see where I write in the Where Stories Are Made feature at Book Chick City.

I wrote a guest post on “writing what you know” for fantasy writers at RomConversations.

Read my guest post on reading (and writing) fantasy series at  Enchanted by Books. The followup comments were really interesting!

I visited with authors Sean Cummings and Rita Vetere at Chatting in the Dark. Visit Rita’s site to read the transcript.

Audio interview at Coffee with an Author on Blog Talk Radio.

Interview with Q&A at Bitten by Books.

I guest blogged at Drey’s Library about why zombies are not the new vampires (and never will be).

Interview at All Things Urban Fantasy.

Interview at Lurv a la Mode.

Guest post: “How Did You Know You Were a Writer” at Literary Escapism.

We rang in 2010 zombie style with a New Year’s Eve Zombie Party at Book Obsessed. Read my short story “A Very Zombie New Year,” written just for this event.

Interview with Q&A  at The Book Smugglers.

Interview with Q&A at Fantasy Literature.

Q&A on Joylene Nowell Butler’s blog, One Moment at a Time on Cluculz Lake.